You haven't added any products yet.
Shop Store
Product is not available in this quantity. 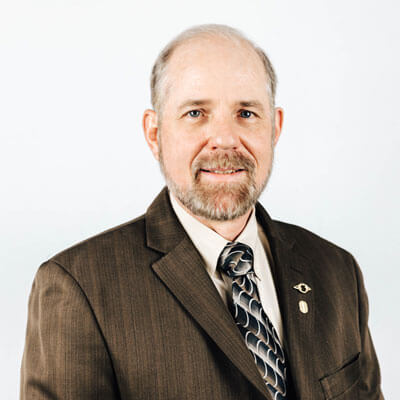 As a second-generation chiropractor, Dr. Ken was born and raised
knowing all about chiropractic. His father, Dr. J. K. Humber, a
well-known upper cervical chiropractor, cared for every member of the
family. Thanks to regular adjustments, Dr. Ken has rarely been sick or
had an immunization in his life.

A Want to Make a Difference in Others’ Lives

Surprisingly, Dr. Ken didn’t set out to become a chiropractor. With a
love of animals, the woods and nature, he intended on becoming a game warden. His girlfriend at the time (and now his wife) was suffering from sinus problems, headaches and taking medicine every day for it. “I told her that my Dad fixed stuff like that all the time. I took her in and my Dad said he would see her if I was willing to paint his back room!” When his wife saw dramatic results, it served as a catalyst for Dr. Ken to change his path.

He changed from wildlife and forestry management to pre-med. After completing his courses, he enrolled at Life University. He earned a Doctor of Chiropractic and practiced successfully for many years afterward.

Making the Move Back Home

In 2002, Dr. Ken decided to retire. He and his wife spent a great deal of time in Wyoming and ran a dude ranch there, which was a lifelong goal of Dr. Ken’s. They managed the historic DC Bar Guest Ranch near Jackson Hole from May to September every year for four years. His daughter, a librarian, still lives in the area. In the winter, Dr. Ken would return to the Waleska area to teach basic to advanced graduate workshops. As Vice President of The Society of Chiropractic Orthospinology, he has traveled all over the nation to educate others.

After years of people traveling to Wyoming to see him, he decided to return to our community. A tremendous part of his motivation to do so was to create a mentorship for younger chiropractors such as Dr. Tyler. He works with them to pass on his knowledge and skill in Orthospinology.

When Dr. Ken isn’t seeing patients at Humber Chiropractic Clinic, you can always find him somewhere on the ranch or the nature preserve he has created. He loves to fish in the lake he keeps stocked or go hunting (though not kill – his passion is to simply be in nature!). He and his wife have a strong faith in God and enjoy spending time with their two daughters and their families, including four grandchildren.

Ossification of the Atlas Pre assessment, set up, correction

Ossification Of the Atlas

©2021, The Society of Chiropractic Orthospinology